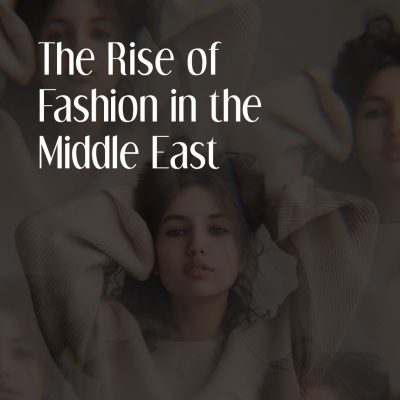 According to the Cambridge Dictionary, fashion is a style that is popular at a particular time, especially in clothes, hair, make-up, etc.

While the styles of the West have always prevailed in terms of its fashion influences, some countries have always remained true to the dictates of society, tradition, and even religion. Such is true for many years for fashion in the Middle East. For decades, fashion for men and women in this part of the world have remained untouched and uninfluenced by the West, where the manner by which society dresses is dictated by its religious affiliation that requires nothing but modesty.

In the advent of the internet and globalization, however, such influences started to trickle in the region. The increasing number of women in the workforce have given them not just a stronger purchasing power but it has also provided them with a louder voice over what they want to wear while remaining loyal to their religion’s requirement of modesty. From the usual black and basic colors, women started incorporating brightness, prints, and beautiful designs to most of their everyday wear. While revealing clothes will always be frowned upon in this part of the world, women have started to open their minds (and closets) to clothes that are stylish yet modest.

This obvious change in mindset not only shows women’s open acceptance to emerging fashion, but it is also a flaunt of their success and social status.

This economic liberalization has also paved the way to cultural movements that has changed the way men and women dress up in the region. International brands like Zara, Sandro, Galeries Lafayette, etc. started to open offices in the Middle East. In partnership with fashion experts and consultants, brands have started to show off by participating in fashion shows and trade fairs that happen all year round.

Fabusse, a fashion agency Kuwait is known for, has not only organized fashion fairs but has opened the market for a multitude of Arab fashion buyers that shows not just the emerging influence of a globalized market, but as well as an emerging open mindedness and broadening perspective of the Middle Eastern consumer.

Surely, the rise and evolution of fashion in the Middle East has just started. And as the years progress, there is nothing to look forward to but exciting times ahead.