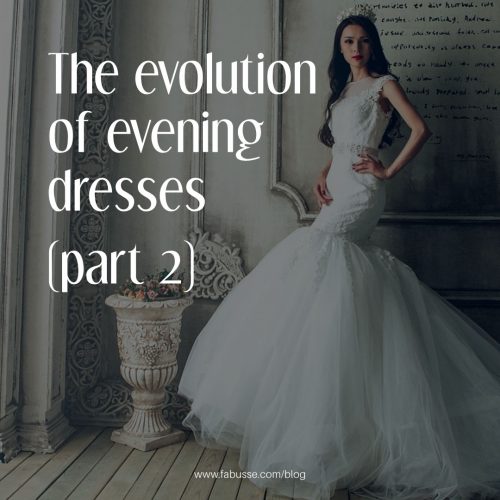 In part 1 of the evolution of evening dresses, we discussed how ball gowns transformed from the full princess-looking skirts of the 1950s to the sequined, and bold designs of the 1980s. Not only evening dresses are made and worn to make women look and feel beautiful, it was also made and worn to send out a message – a message of assertion of power and place of women in the society.

In the world of fashion, it always seems like the newest trend is a complete opposite of the trend that just died down. The same is true for the decade of the 1990s. If the 1980s saw full-sequined gowns complete with all the beadworks and even fake flowers, the 1990s attests that simplicity is simply the key. Dresses of simple cuts in pale and pretty hues were gaining popularity. Gwyneth Paltrow, 1999 Oscars? She wore this seemingly simple pink gown during the awards ceremonies and it was just a shoo in of the era. Who can ever forget that?

The 1990s were also years of formal slip dresses with them being made from light and flowing fabrics. And oh! Before I forget, it was the decade of the spaghetti strap gowns.

That was the end of the century and in comes the new millenium where we see the re-emergence of the tight-fitting waistlines and full skirts. The straps also seem to have lost its popularity at the turn of the century. In exchange, the fishtails reappeared from its deep slumber in the ‘80s and resurfaced as the new trend of the 2000s.

But if there’s one thing I have noticed from the evening dresses of the 2000s, it’s always that these gowns looked hard to breathe in. Seriously!

Luckily, a lot of experimentation happened in the following decade. From 2010 onwards, we said goodbye to the strapless, fishtail dresses of the 2000s and said hello to unusual sleeves and less boring necklines. It is also the decade of the slits. It seems like out of 10 evening gowns of the 2010s, nine of them have a slash in the skirt, the slash of which can be a foot long to a slit reaching up to the hips. Sometimes it works, sometimes it doesn’t but what does it matter? You can always say it’s what’s in now.

Influential fashion experts like Fabusse are having the times of their lives, what with creativity and fashion experiments being the trend nowadays; anything can just be possible. And with the decade almost nearing its end, what does the next one have in store? Only time can provide us with the answer.