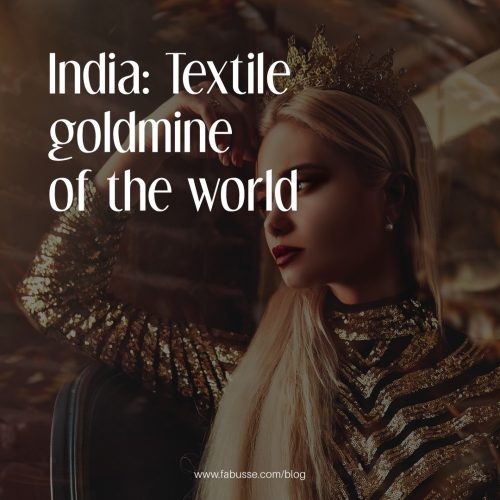 There is nothing in the world that can be compared to India’s natural resources. These natural resources have always been elemental in the country’s unrivalled quality of its textiles. Because of its many geographical regions and varied climates, the country enjoys a wide variety of fibers and natural dyes that are being used by cultivators, printers, dyers, weavers, and embroiders all over the country.

In the many centuries that India’s textile has thrived, its many sub-regions have also developed their own specialties in the world of textile. There is the silk of Assam, the cotton of Bengal, or the red dyes of the southeast part of India.

And speaking of dyeing, India is known for its natural dyes, specifically those for blue and red. With its natural resources abound, India have been using mordant as a fixing agent since about 2500 BC. This technique has been mastered over the centuries which resulted in the country’s bright and long-lasting dyes.

Aside from the dyes, the country has also been the main supplier of the world when it comes to these two raw materials – cotton and silk. India has a wide array of resources for silk, from silkworms of the wild to the semi-domesticated ones that are quite different from cultivated mulberry worms. Their varieties of animals that can be sources for cotton fibre – from goat hair to sheep’s wool to yak – have given the country the big advantage when it comes to these fibers. Using these threads provide for an extra glitter and richness to the cloth; a feat that cannot be rivalled by cotton and silk from other destinations.

India is a country of diverse cultures. The country in itself enjoys multiple dialects and languages. It basks on different flavors. Its stories are exceptional; its people lovely, its textile uniquely classy. This, and more, is reason why fashion icons like Fabusse require nothing but the extraordinary, nothing but the highest quality when it comes to textiles.