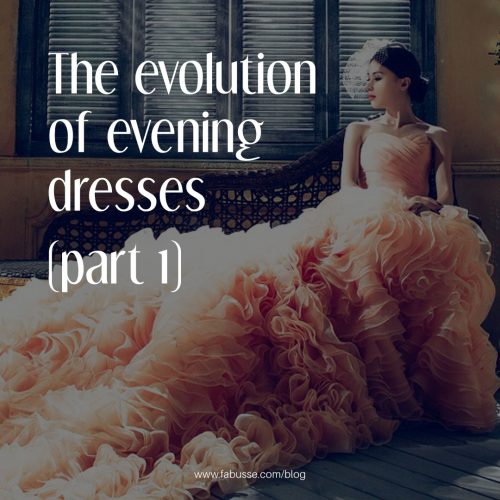 Every woman should own a long, evening dress to make her dream. Nothing could be more right than French fashion designer Catherine Malandrino when she said that. Because at the end of the day, there is just sheer pleasure from lusting over a beautiful evening gown; dreaming of how elegant one would look in such extravagant and intricate display of lace and sometimes, even precious stones.

Well, an evening gown, traditionally called a ball gown, is as the term itself says – it is something you wear when attending formal balls. Popularized in the 1800s, there were a multitude of rules about what women are allowed to wear. For instance, if you’re single, you don’t wear tiaras. There are also lines drawn as to how much you can show when you’re single, or when you’re married.

Good thing that recently, evening gowns can just be had with however you want them to be. A lot more lenient in terms of how it’s defined, you can go ahead and attend formal events in whatever dress you want.

Anyway, how has designs over the years evolved?

It would take us forever if we start by the 1800s. Besides, the rules and regulations alone would take up a hundred or so pages, and so let’s start with the 1950s.

You see, WWII has just ended and women, being in an era less constrained by wartime restrictions, welcomed experimentation on fashion. It was towards the end of the ‘40s, just right after the war, when dresses were tightly fitted in the waist, showing off the curves. Full skirts were also popular at the time which somehow jokingly answered the previous war’s restrictions.

It should also be interesting to note that Christian Dior started getting popular during these times.

The 1960s was somehow just the same as to the 1950s, except that the princess-looking full skirts somehow lost popularity. The skirts were a little bit toned now but the tight-fitting waists are still on.

The next decade saw a revolution in women’s evening dresses. It was during this decade when designers (and women) found reason to shoo away the tight-fitting dresses. Out with the tight-nipped waistlines, in with the flowy, billowy, floral dresses. It seems like all those years of tightness just needs to end. And who could blame them? It looked so uncomfortable! The ‘70s just saw a more relaxed, easier to wear era of evening gowns.

Now, what about the 80s? It was during this time when women started asserting their rights and not just on mainstream media and on the streets; it can also be found in evening gowns. In a world dominated by men, women started asserting their place with the dresses they wear. It was during the 80s when exaggerated shoulders (think shoulder pads!) and bolder silhouettes were increasingly becoming popular. I should also say that embellishments were born in this era, what with the appearance of sequins, glittering stones, fake flowers, etc. having been incorporated in evening gowns of the 80s.

Whether the dresses advanced women in their places during this time or not, those were years that started the revolution of how women see their place in society.

Those were also the years when designers and fashion experts like Fabusse saw the need to experiment with fashion; and experiment they did.

And so what happened after the 80s? Part 2 of the evolution of evening dresses will certainly have the answer.