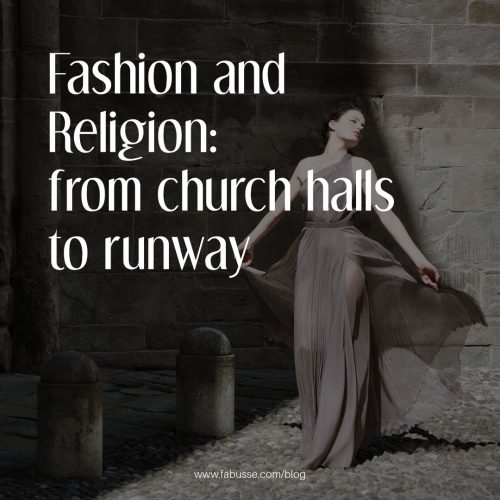 We all know that since time immemorial, religion have always had a huge influence on society. From the church dictating on how we behave, what to believe in, to politics, to even fashion. It has always been the organization that tells society on what is appropriate and what is not. The influence is so strong that it took the fashion industry a huge amount of courage to break barriers and defy the norm.
According to the curator of the costume institute of MET, Andrew Bolton, “Fashion and religion have long been intertwined, mutually inspiring and informing one another, although this relationship has been complex and sometimes contested, it has produced some of the most inventive and innovative creations in the history of fashion.”

In a nutshell, fashion is you showing who you are to the world. It is your personality. On the other hand, religion molds you as an individual, and that is where the connection (or the clash) lies.

With fashion breaking the norm and questioning beliefs and standards over the years, we see religious signs and symbols being utilized in its name. While some can be correctly used, there are others that raise questions, get talked about, or possibly offend. The Hamsa hand of Islam or the Bindis in Hinduism are the most common of those that are being used in fashion without so much regard as to their meanings and representations.

The Catholic Church, even; being one of the largest religious groups of the world, have had their own share of influence and offensive moments in fashion, with numerous celebrities being talked about for their respectful (or disrespectful) translation of religious component into fashion. Even Miss Dominican Republic in Miss Universe 2015 have had her fair share of talks for her national costume depicting the patron saint of her native country. Numerous celebrities have been talked about for their wise (or unwise and possibly insulting) incorporation of religious symbols to their fashion statements. Who can ever forget Rhianna as a Pope in the 2018 MET Gala? Or Sarah Jessica Parker with that terrible headpiece? Suffice to say, when fashion meets religion, its either you love it or you hate it. It can be beautiful, respectful, and fantastic, or it can be ugly and offensive.

For years, fashion has already broken free from the total grasp of religion. While religion still plays a role and has influences in fashion, the industry no longer reports to anyone nor would it conform to any belief. There is influence, yes, but that is all where everything ends – influence. Fashion, for the first in many centuries, is now without rules.