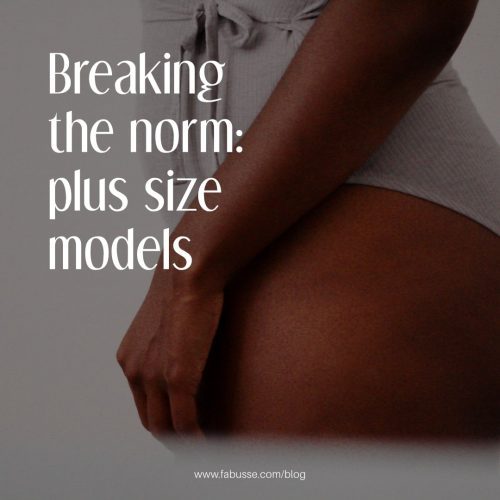 There would always be reasons why one is described as model-thin. With women weighing just a little over 90 lbs in a five-foot nine frame becoming common, the industry has, over the past few decades striven to be thinner as ever. And while certain corners of the media encourage female (and male) models to love themselves as they are, the fact remains that what is beautiful and predominantly acceptable is a frame of skin and bones with body mass index of way below what is believed to be healthy.

In recent years, however, a new trend has surfaced, challenging the norm the fashion world has so encroached itself in for the past few decades. It has shaken the fashion industry and those who watch it from from the corners can only gape in awe. It is the rise of the plus-sized models; a trend that has paved the way to celebrities like Tess Holliday and Ashley Graham to take center stage.

When in the past, fashion models are required to be a certain kind of skinny, the emergence of plus-sized models have recently inspired and have given more confidence to women from all parts of the globe to flaunt their assets as they are – assets of which were deemed to be unacceptable just a few years back. With its growing popularity in the fashion scene, there is just one clear message that has come across – and that is the love and acceptance of one’s body as it is.

Fashion designers, on the other hand, warmed to the trend, coming up with designs and concepts that are fit for the plus-sized market. Business organizations in the fashion industry such as Fabusse have also opened its doors to possibilities of the plus-sized as the newest addition to the team.

Because with a society so engrossed on physical appearances, the growing popularity of the plus-sized models redefined the rules. And with the addition of the plus-sized, the fashion industry has just become bigger… bolder… better.